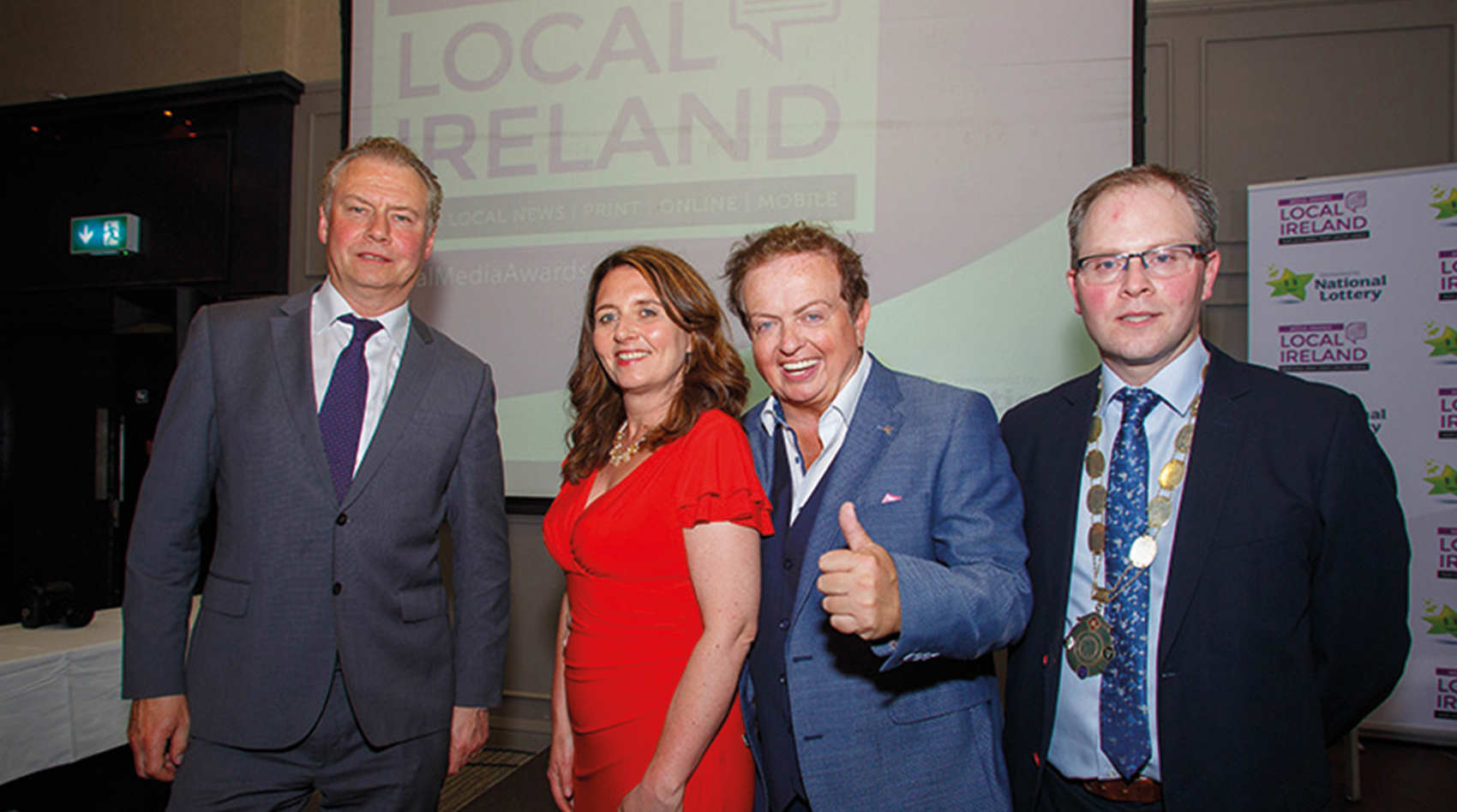 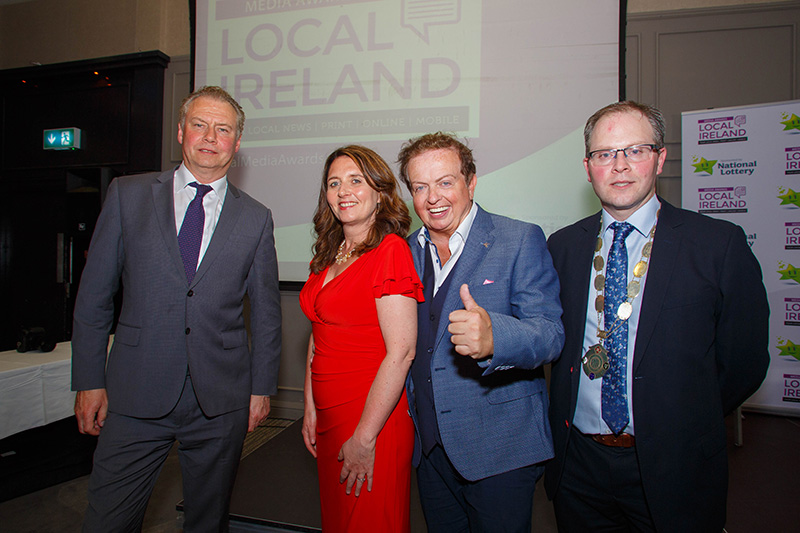 Uncovering a scam to influence a significant planning decision, getting behind the devastation of the drugs culture in rural Ireland and thrilling readers with the delights of sport in our communities were just some of the entries that topped the awards in the Local Ireland 4th Annual Media Awards presented at a Gala Dinner in Athlone on Thursday 23rd May. The event was sponsored by the National Lottery.

The Lifetime achievement was awarded to Joe Gleeson, former Managing Director Limerick Leader, Past President IMPA and long-time member of the Regional Newspaper and Printers Association of Ireland.

The awards, open to all 43 member titles and their staff, including journalists, photographers and advertising executives, attracted over 520 hundred entries and were presented by David Ryan, President Local Ireland and Managing Director Nenagh Guardian Publishing and Printing Co., and Dermot Griffin, CEO, National Lottery. The MC for the evening was Marty Morrissey, RTE Sports Broadcaster.

In his address, David Ryan, President, Local Ireland said, “These awards are in recognition of the many talents that combine to produce our titles in both print and digital format every week. We have outstanding journalists, photographers, designers and advertising executives the length and breadth of the country and we are delighted to properly recognise their contributions to our industry. 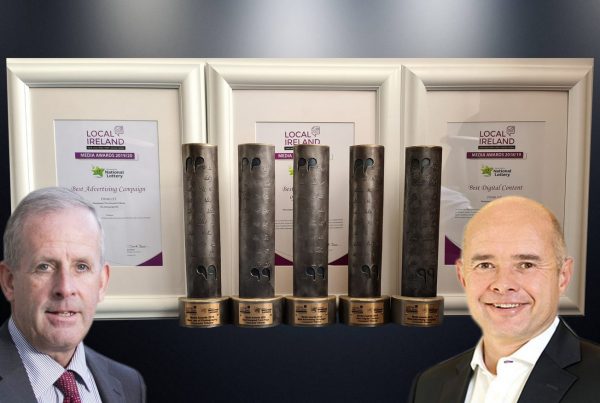 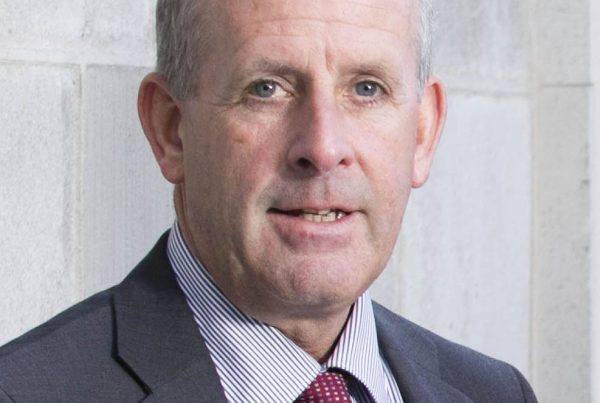 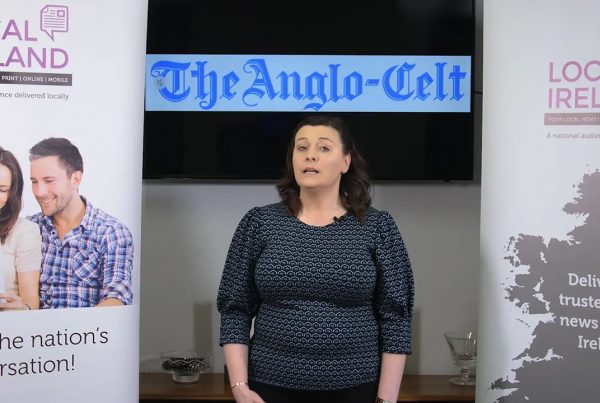